Given that work asked me to come up to Brisbane this week I decided to give myself a weekend day at each end to do some park activating in VK4.

I had a lot to choose from, but ended up with VKFF-2868 and VKFF-2876 after spending the  morning in Strathpine and looking at Google Earth for what was nearby. 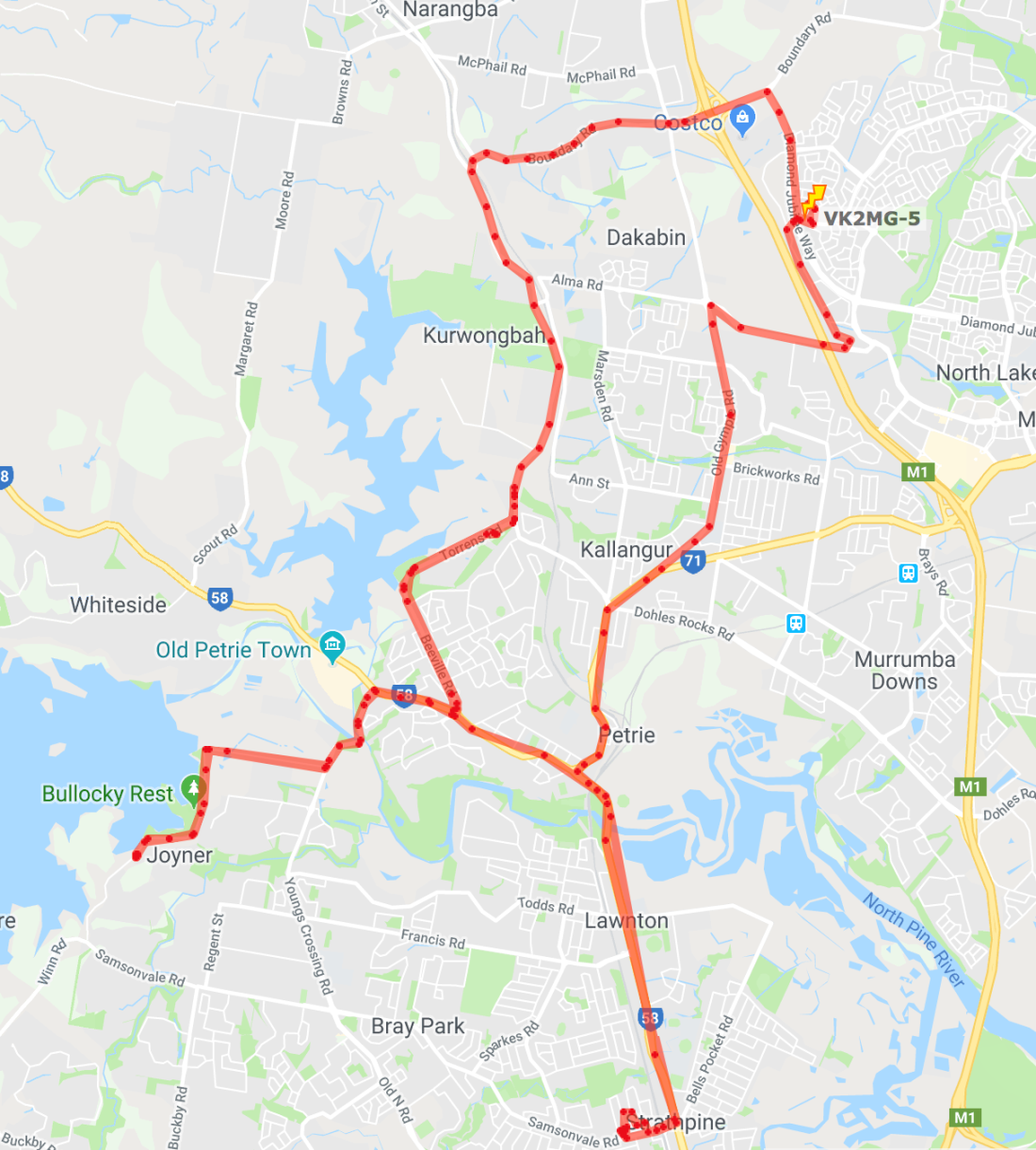 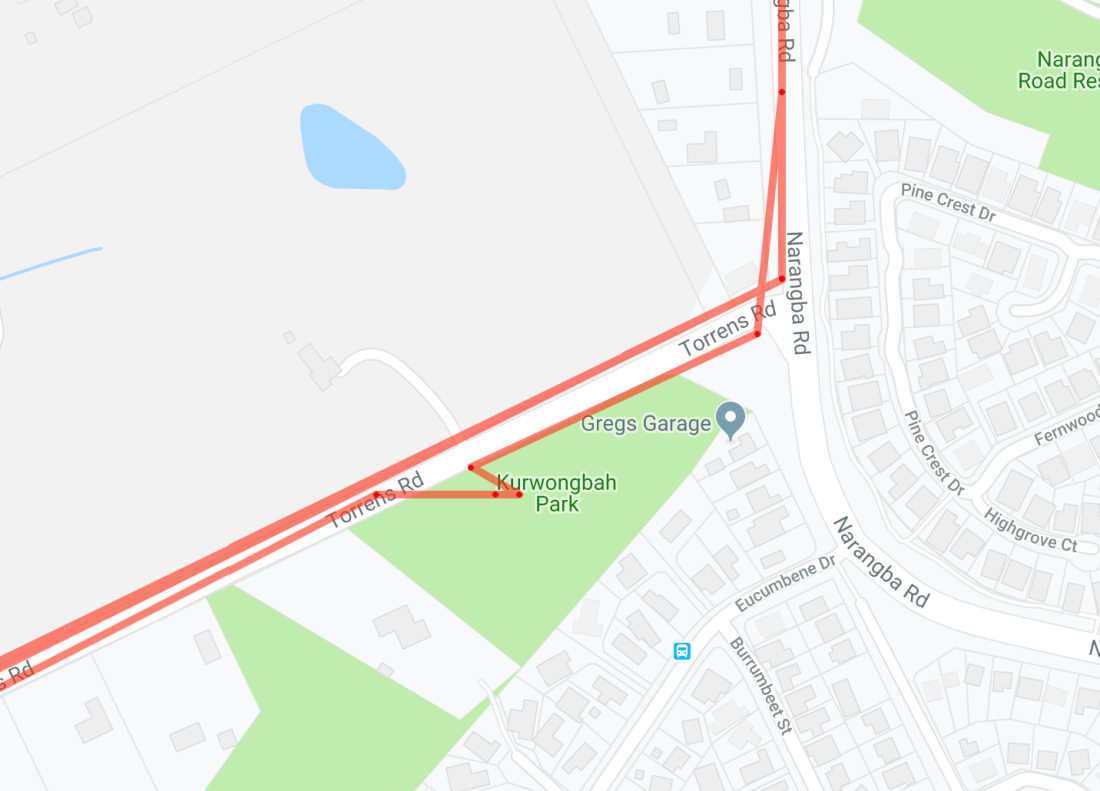 So this looked to be the closest to me. I actually drove past the entrance first time and had to drive down Narangba Rd and make  U-Turn and come back. 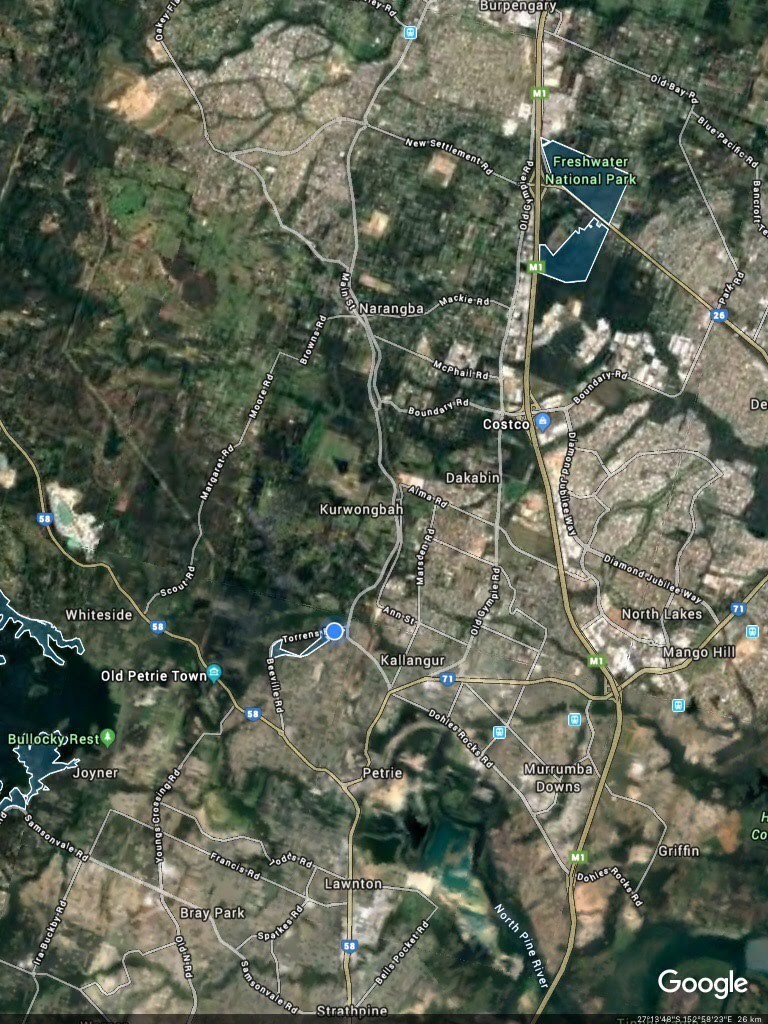 Above and below put us in to a geographical context. 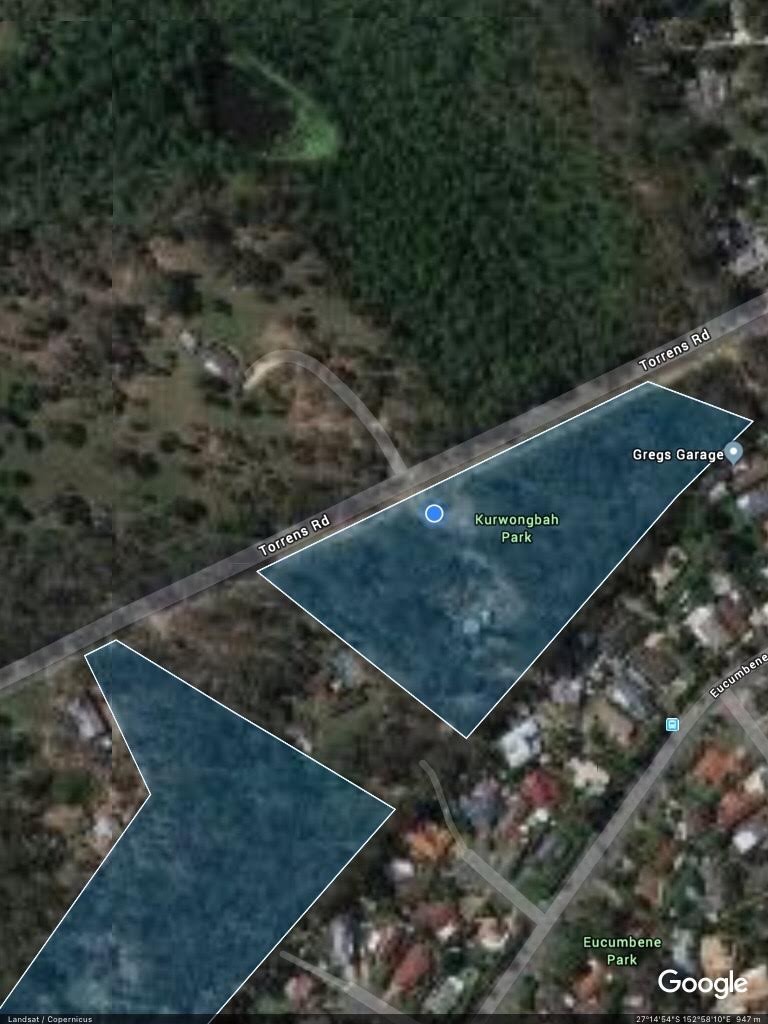 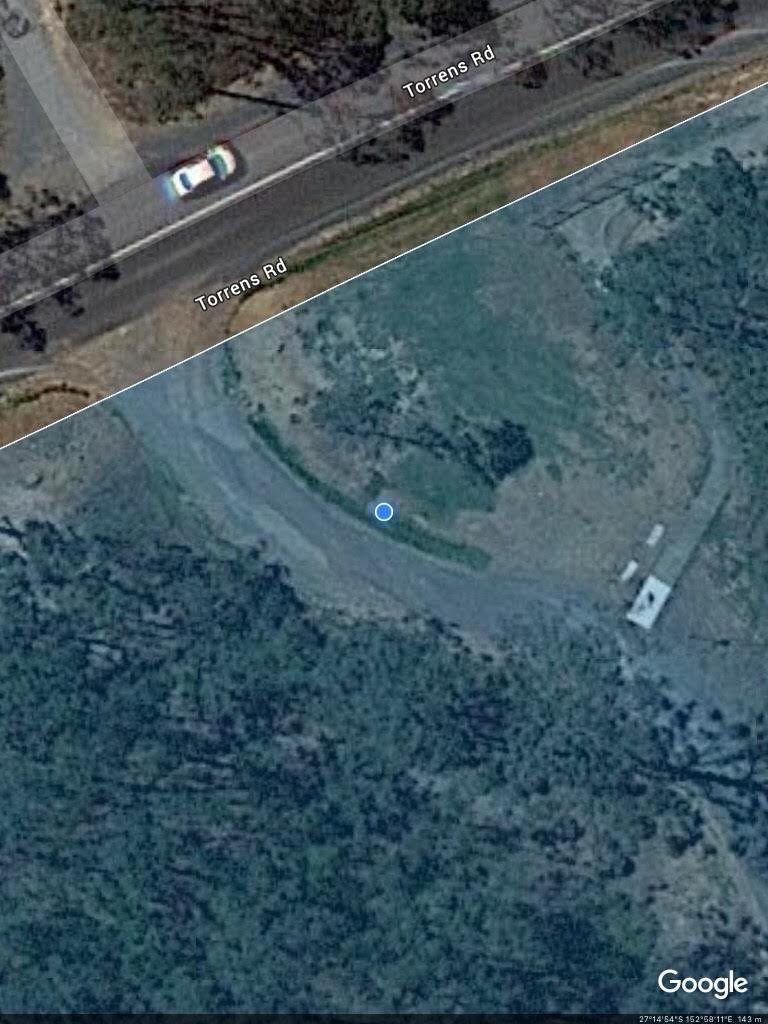 Verifying that I was well within the boundaries. 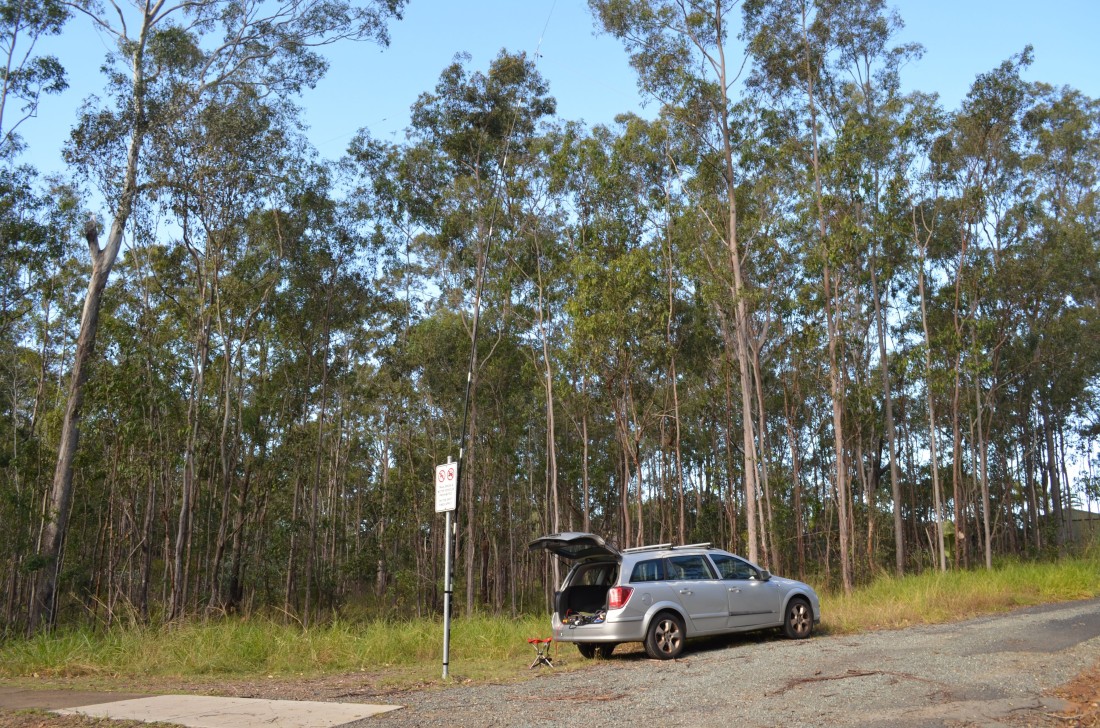 It seemed simplest to velcro the pole to this sign, back the car up and operate from the back of the car.

I got the poleaxe the way up, managing to keep a slight bend in it to prevent collapses. I forgot to put the flag up (Sorry Paul). 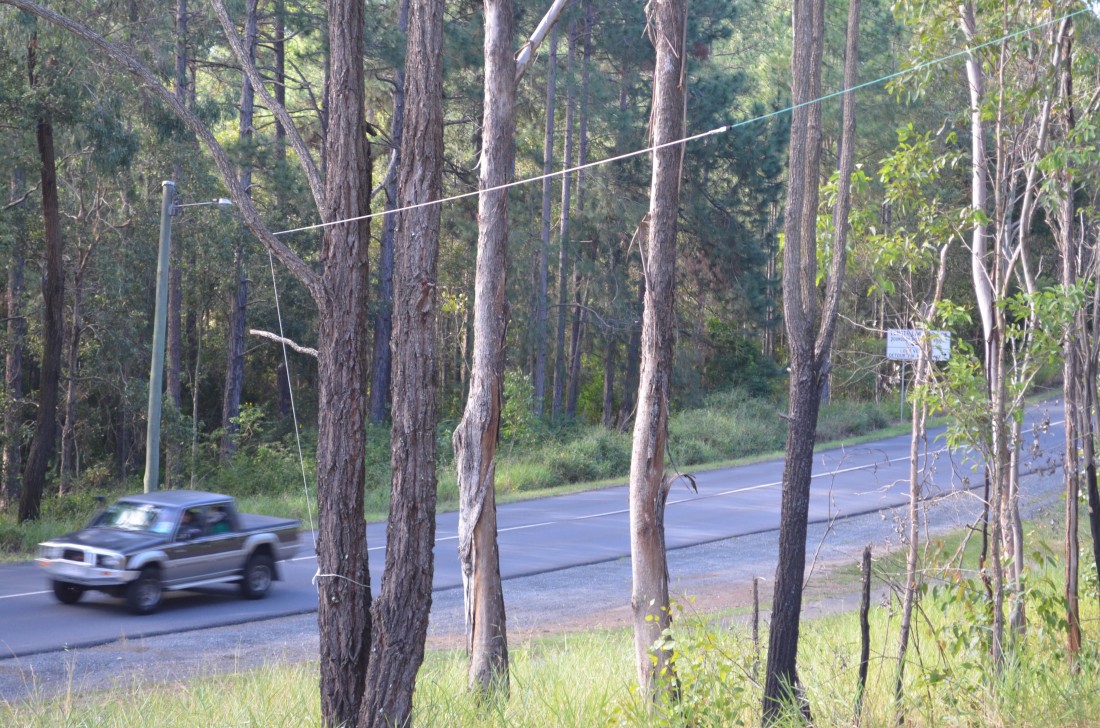 I ran the earth side down towards the road into this tree. 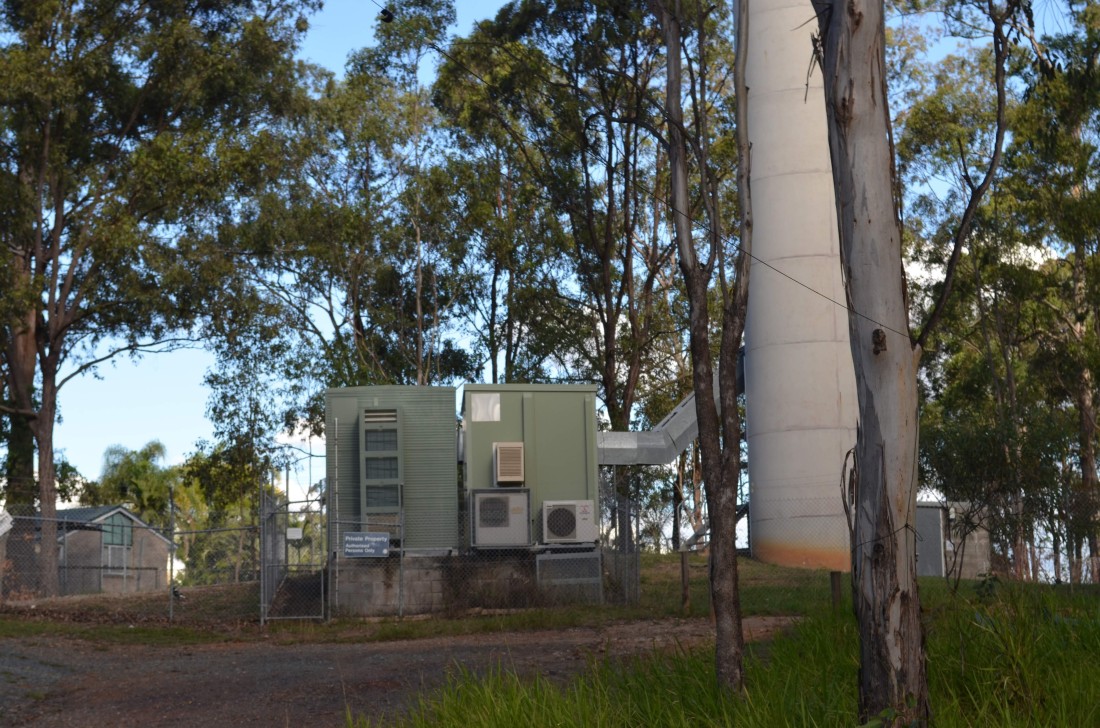 The centre conductor side ran up the hill to this one. 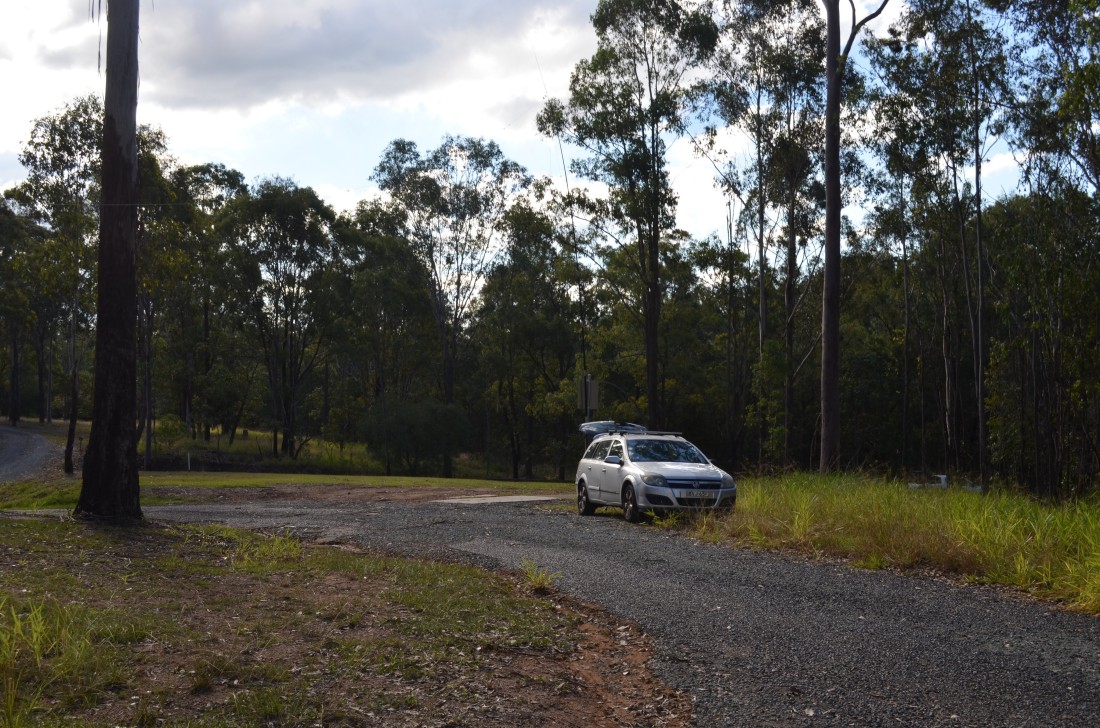 Looking back at the car from the up-side. 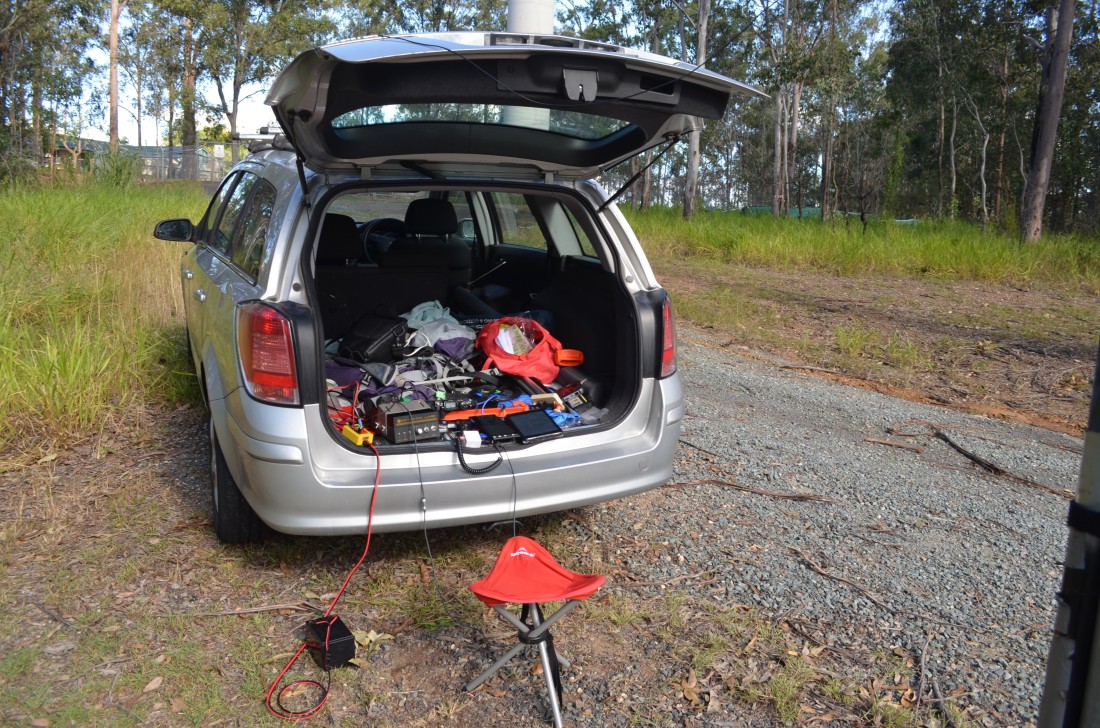 Operating from the back of the car with the battery on the ground beside me. 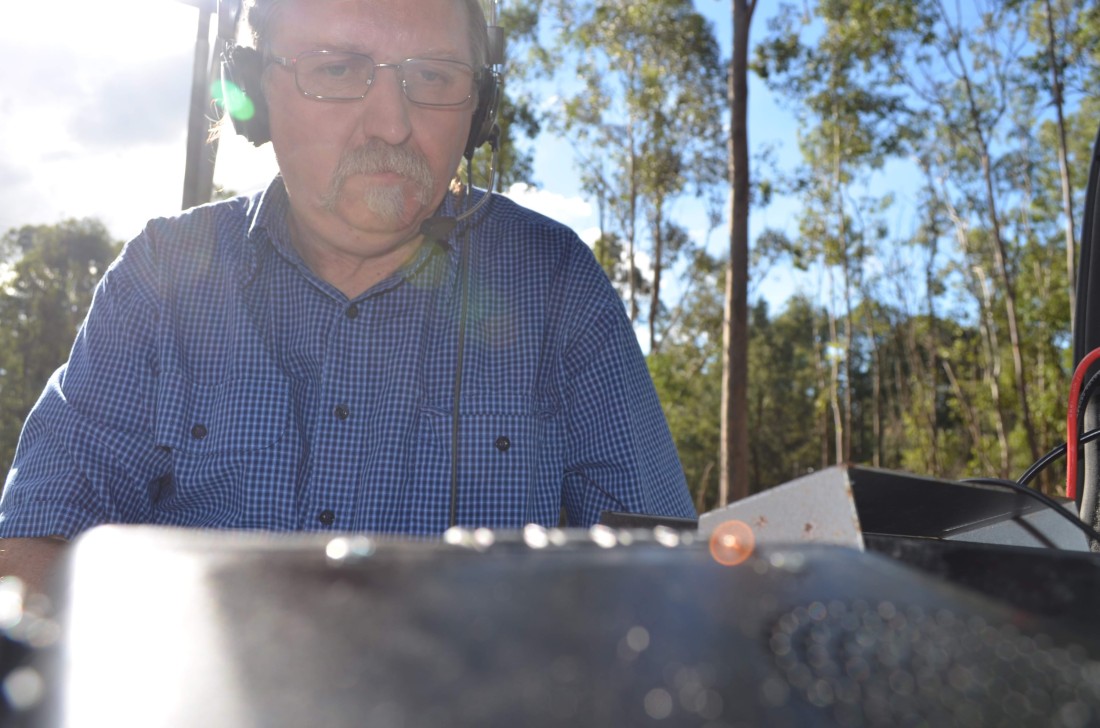 Managed a selfie using the delay on the DSLR. I needed to take it again as without the flash I was just a silhouette.

I got going at 12:08pm (2:08UTC). After finding that I hadn’t paid the bill on my Telstra 4G router  I ended up turning my phone into a hotspot.

I must apologise to VK2AEJ, I wasn’t expecting a full QSO and I probably got a bit lost during it but we still managed exchange the appropriate information.

I have generally not had a lot of luck with 20m, but it was a bit better today.

A first for me from a park, managed two US calls on SSB; W6WLL and KG5CIK. Both with very good signal reports sent and received.

Pretty happy with that for about two hours.

I then headed down the road (about eight minutes), to the next park. 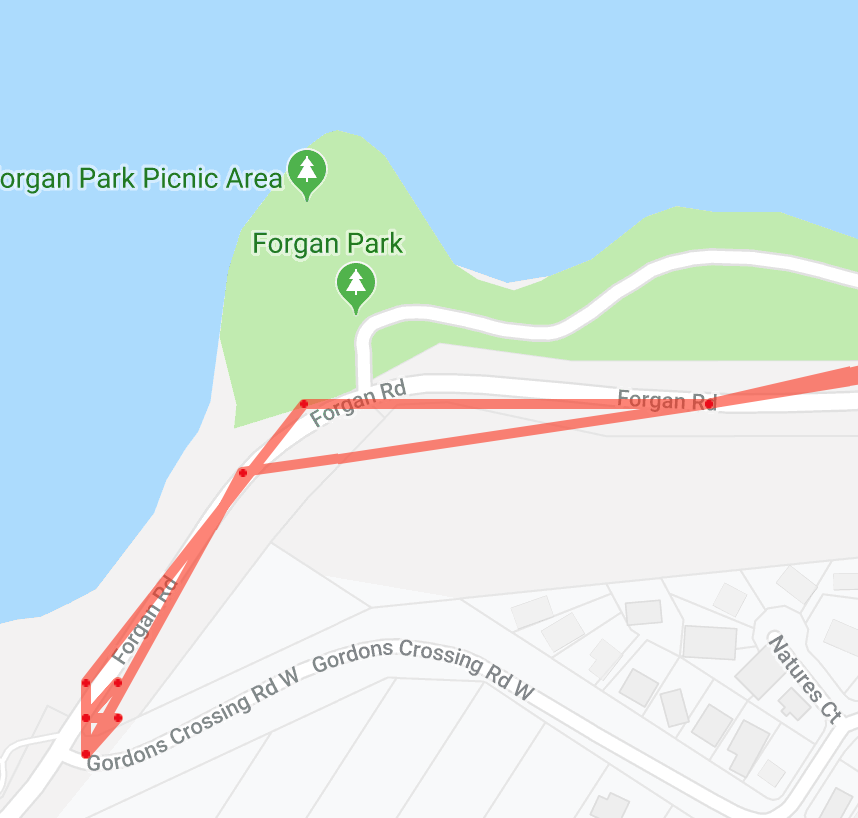 I pulled in to teh small car park at the corner above then had a look at Google Earth. 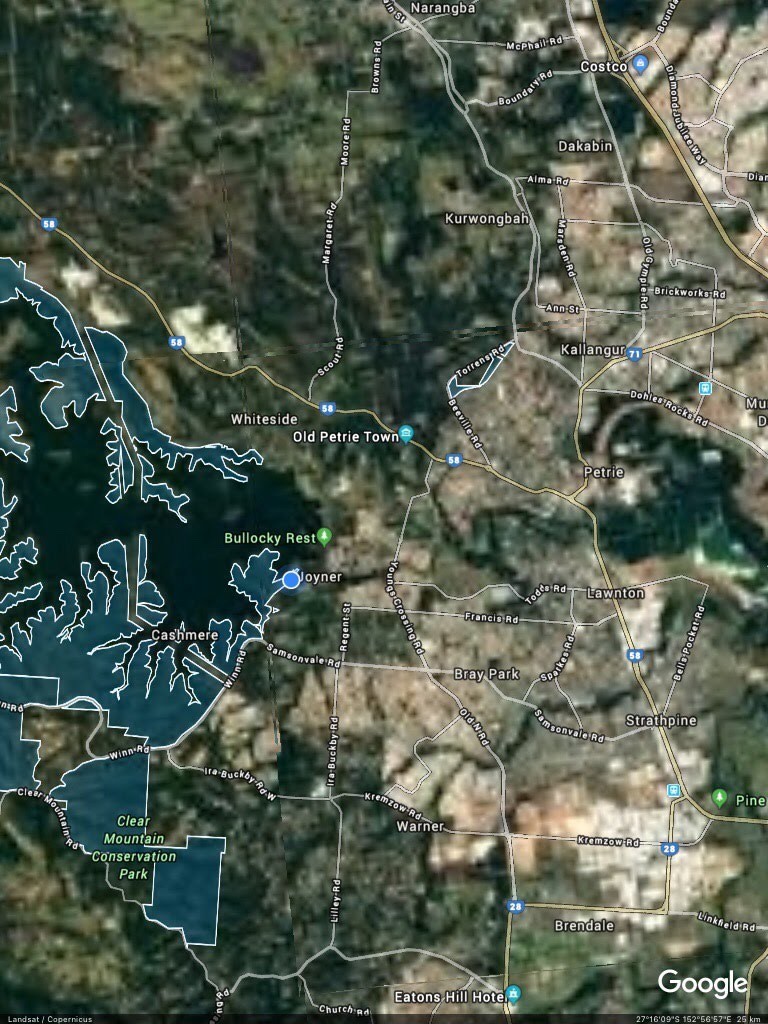 The above puts in to geographic context. 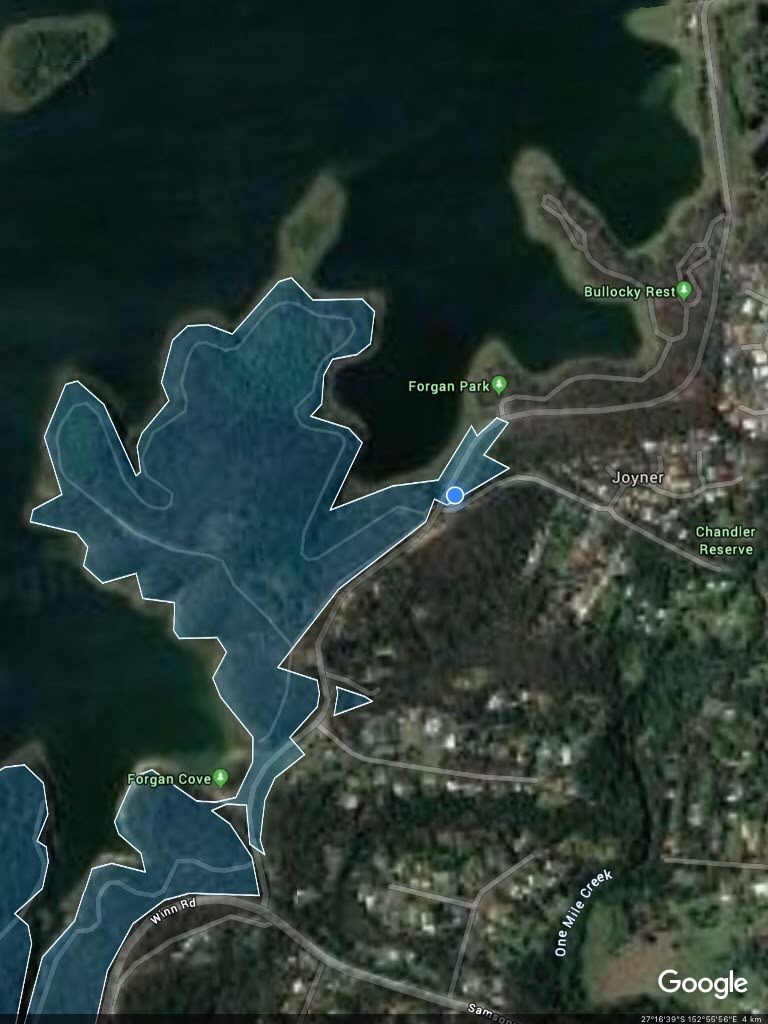 The picture above is pretty much what I looked at from the previous park to work out were I would go to set up. 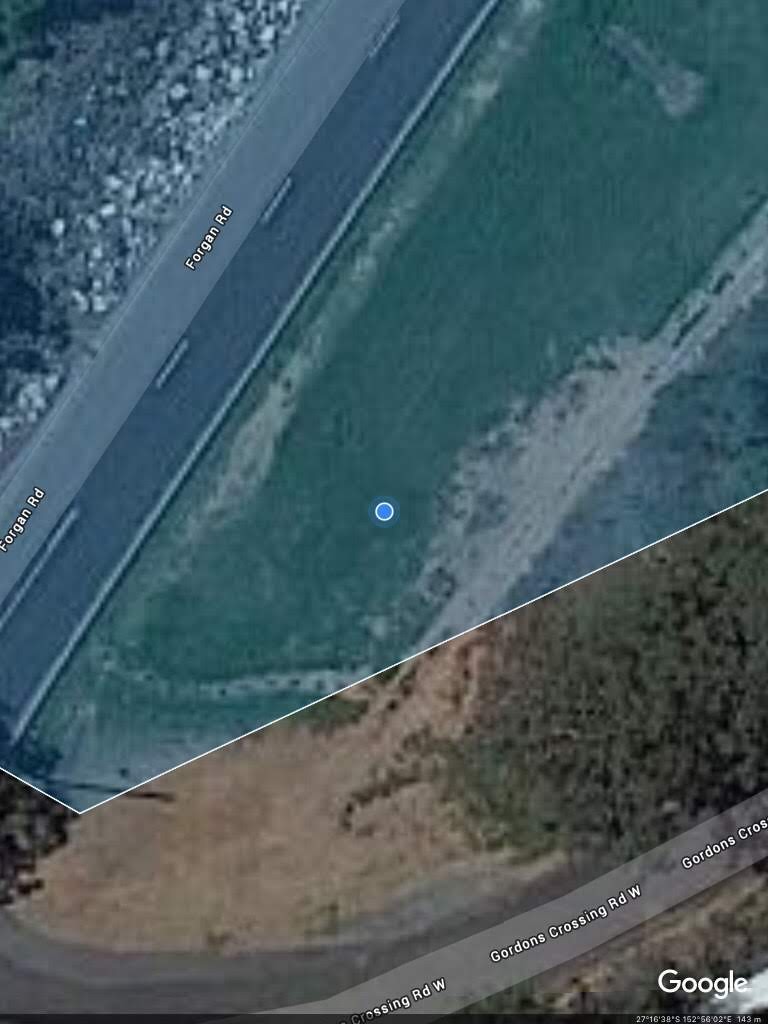 I was actually a bit closer to the road than shown above, but certainly inside the park boundaries. 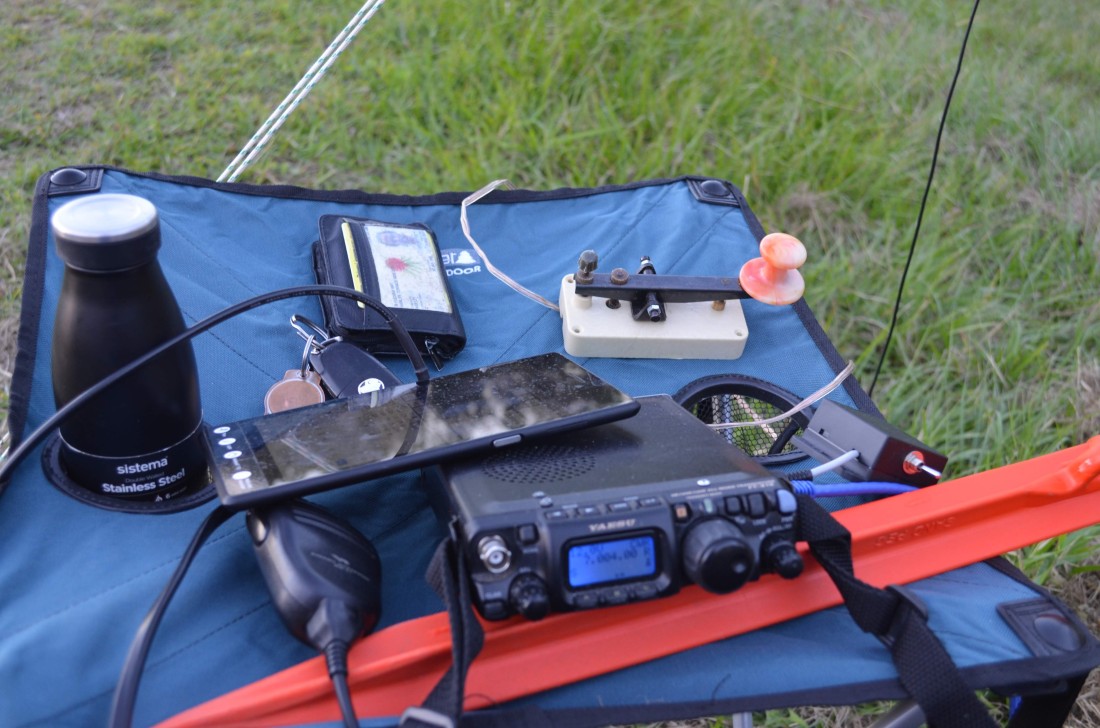 As I couldn’t work from the back of the car the camp table made a return to my activation. I did bring the linear, but it was on the ground to the left. 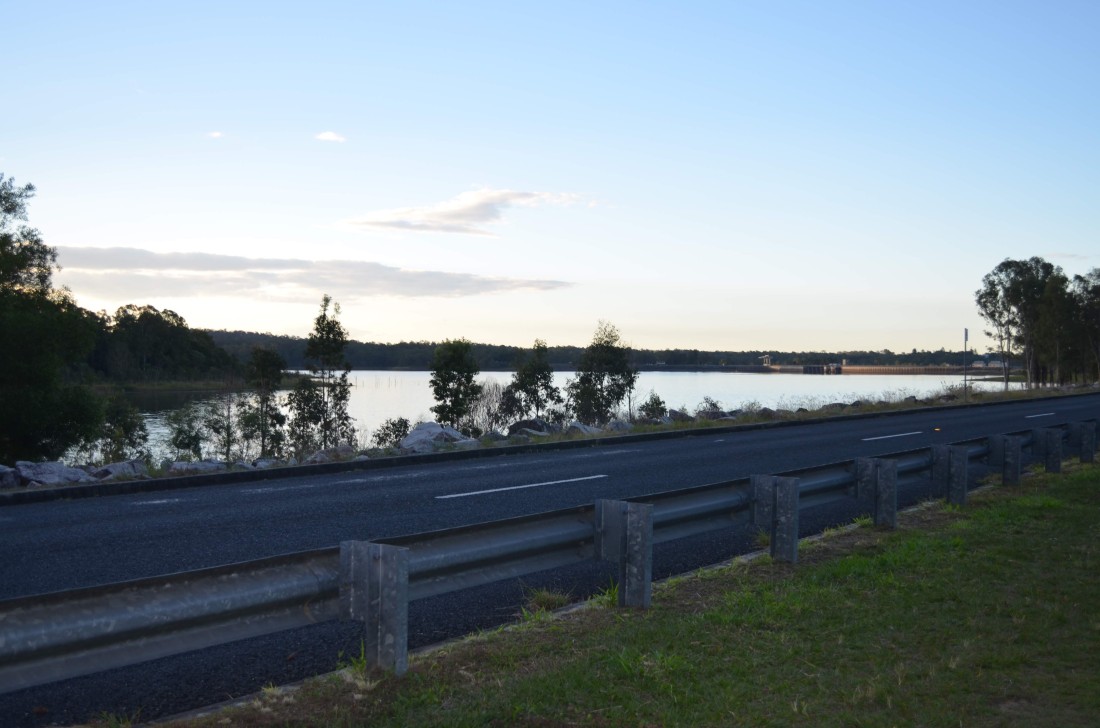 The view  had for the afternoon was wonderful. 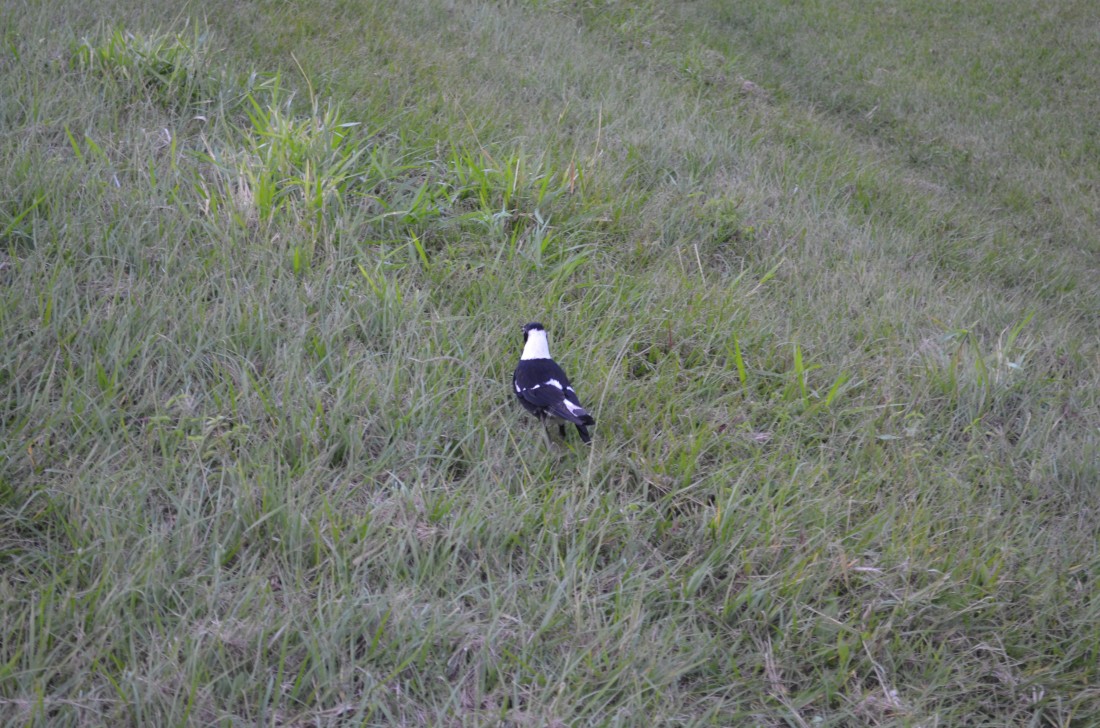 I had one friend for activation. He hung around most of the afternoon. 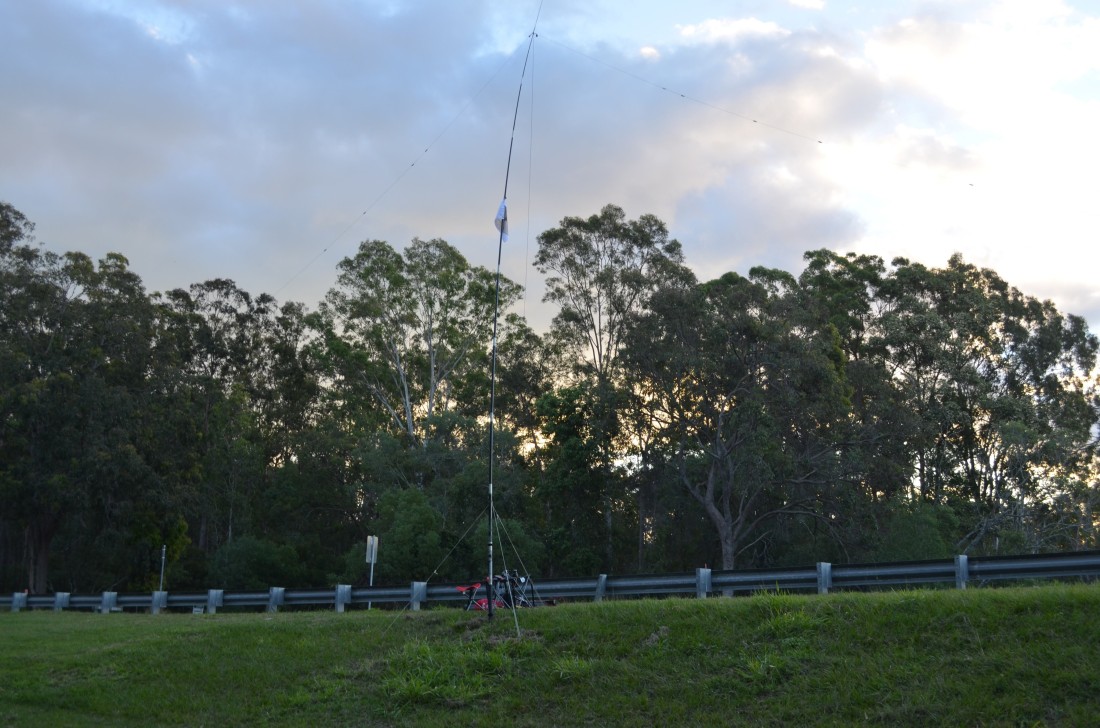 Looking pat the pole from down the hill. The hill made it “interesting” to work out were I would puttee table without having things slide off. 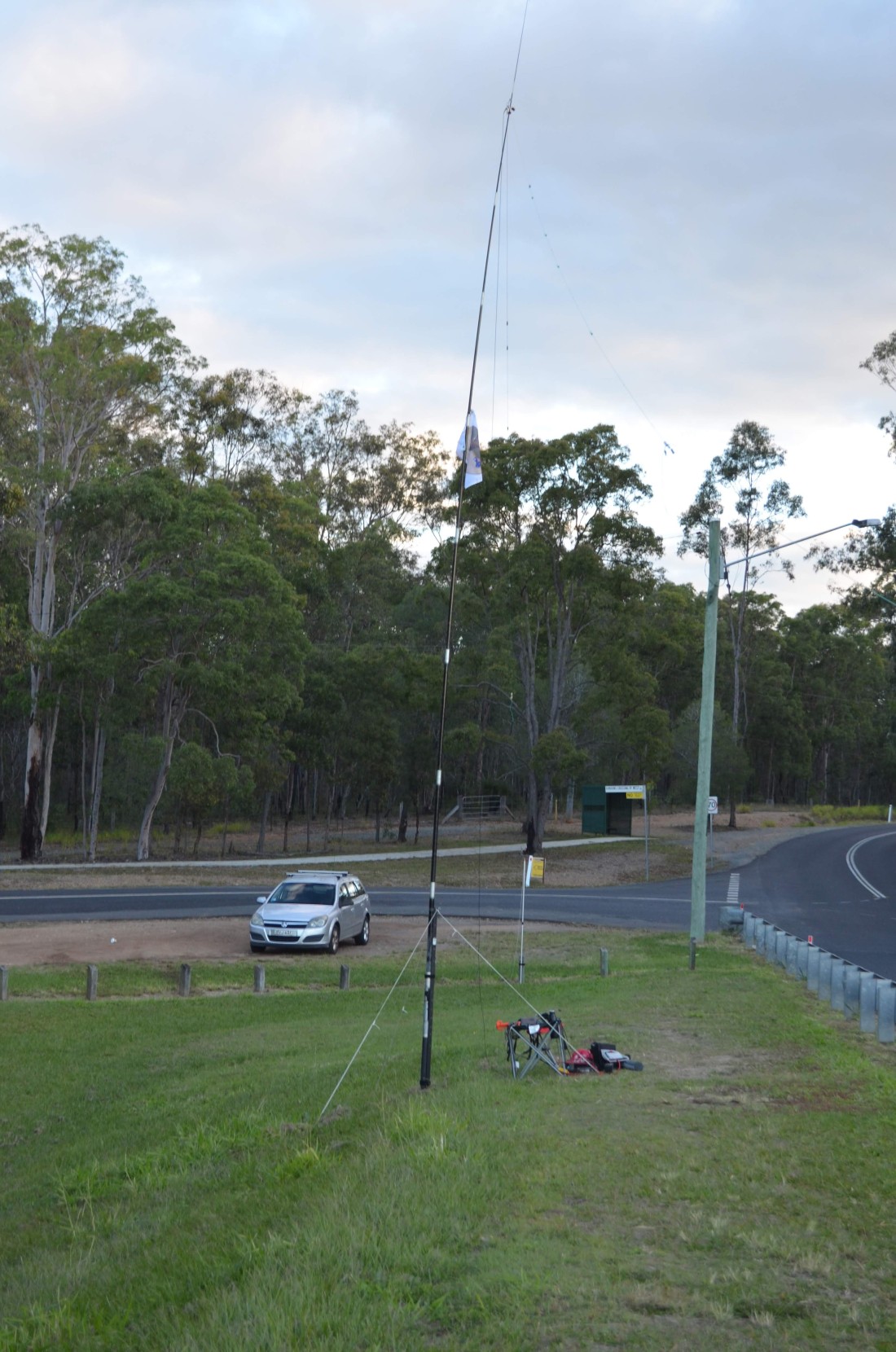 Looking back towards the setup and the car from the northern end of the dipole. 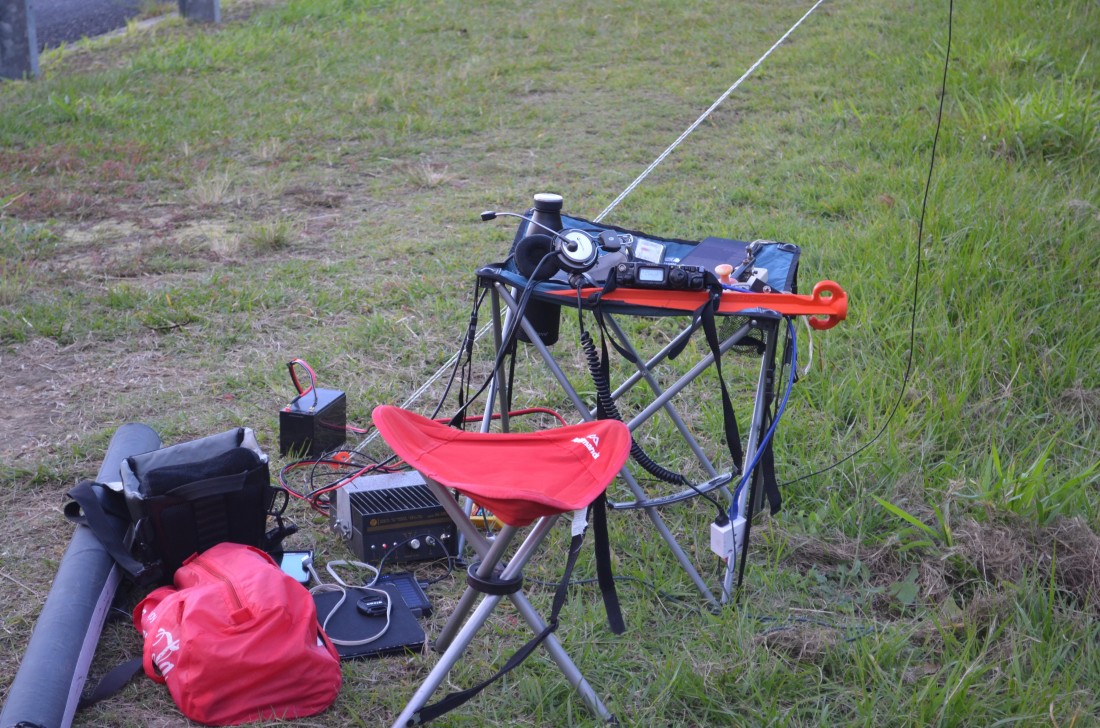 …, and a bit back from the table where you can see everything I brought up from the car.  I was only 30m from the car sos didn’t bother putting it all in the backpack, electing, instead, to make half a dozen trips at start and finish. 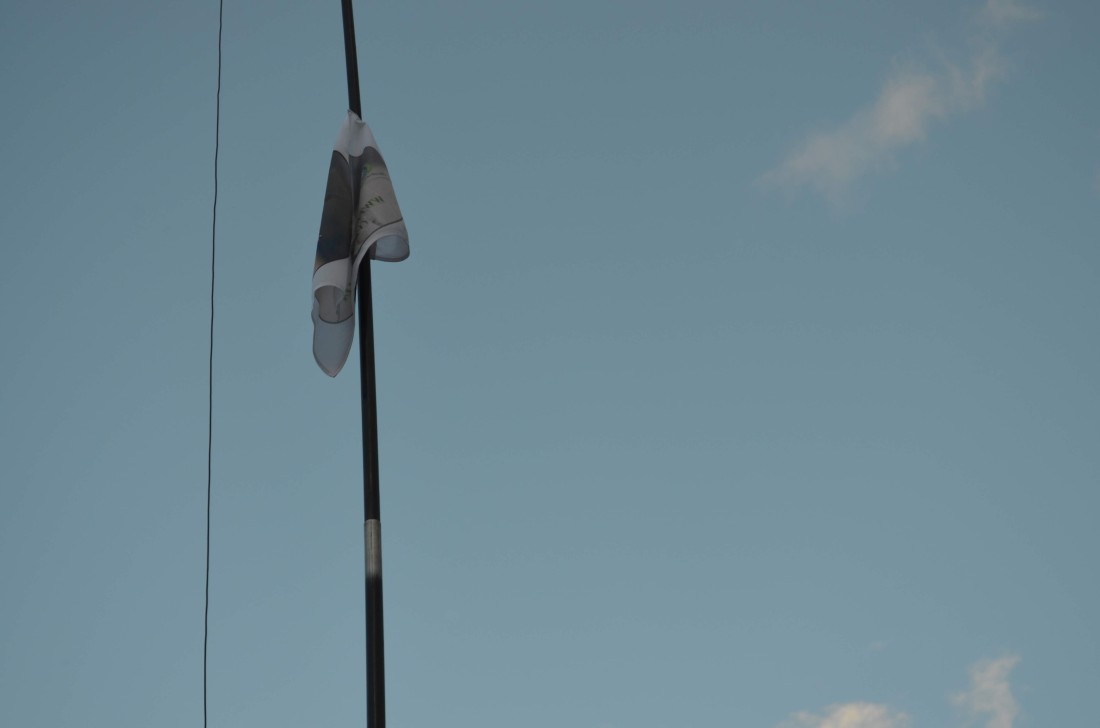 I remembered to put the flag up on this park. 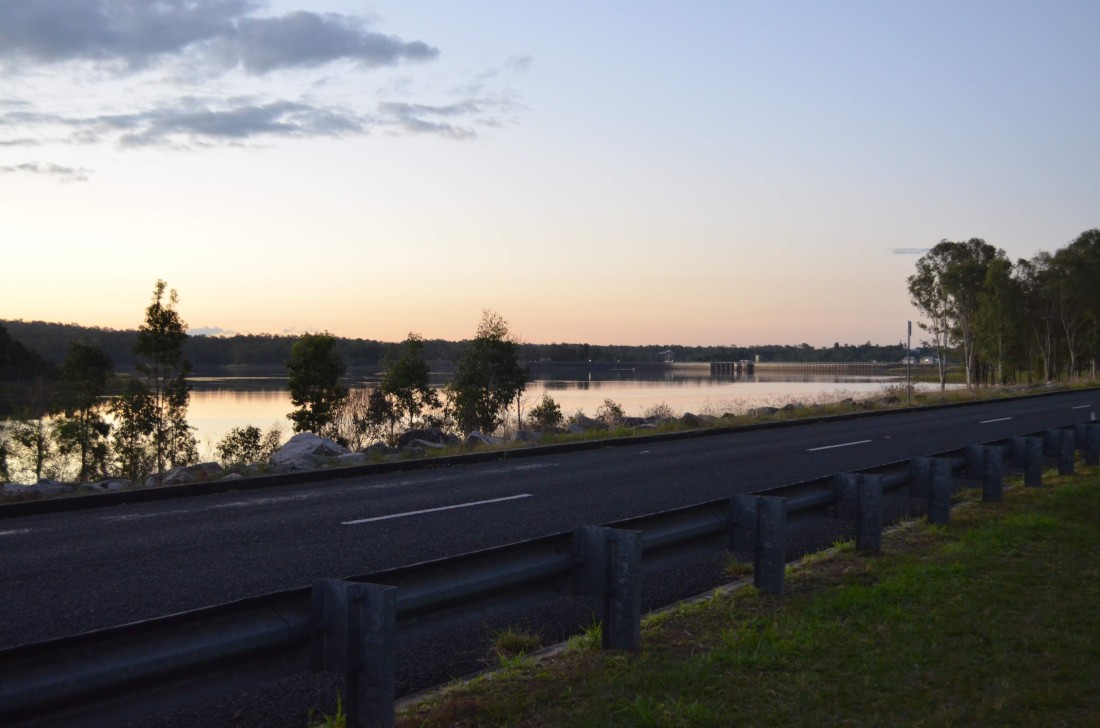 This was the view just before I packed up. I had to stop and take a photo.

I picked up seven CW calls. The last, I think it was VK5PRM, was very difficult to read (319), so I do hope that I got the callsign correct. Also of note, I got Gerard, VK2IO mobile VK5 CW.

Unfortunately it was not as active as previously and I picked up three more before deciding to give 30m a try. Picked up two more and headed back to 40m to finish the day at 5:05pm (7:05UTC). As I was finishing up, I went back to teh car to grab the other battery that I’d used at the previous park and placed on charge in the car, and cranked things up to 100W, with hopes for Europe.

Unfortunately no Europe. Another station also noted that they’d tuned around and not heard any either.

It felt slower than the previous park, but it really was about the same pace overall.

I had an enjoyable day and made a lot of contacts a lot quicker than I’d expected to.

It didn’t hurt that the Shires contest was on today, so while I wasn’t looking to put a log in (who knows, maybe I might), I did make sure I gave out the shire reference to those who were (MB4 for those that I worked but didn’t give it to).

I did have a few people walk past during teh first activation, but no-one stopped to take with me.

At the second place I chatted with quite a few people who were walking past. I hoe I didn’t come off as rude to the couple who asked me about what I was doing while I was concentrating on listening to some CW. I guy asked me about talking to aliens, and I suggested only if you considered folks in ZL, VK5 and VK8 aliens 😉

Now for a week working in the city and I’ll do some more activating next Saturday before going home.

View all posts by Alan